More techno tinkering... Waves is the B-side to Hexagons.

Now this is a good idea. Presumably if it gains popularity Amazon will make moves to try to block it. It's cold, unremarkably. Not Sweden cold, just UK cold. Not that the predictability of it being cold in January stops certain newspapers from screaming about 'Arctic Blasts' and such on their front pages. If something isn't soaring it's plummeting I suppose.

We're about to have the back of our house lopped off to make way for an extension, so it's going to get very chilly and probably dusty in here. Where to put stuff is becoming a big problem. To complicate matters the current kitchen is being ripped out, and the garage has to be cleared - after three years of filling it with stuff – so that the builders can drive a digger through it to get to the back garden.

Next time we move house (if ever, please no) I think we should get one that's big enough to begin with. In our defence, the location was very good. 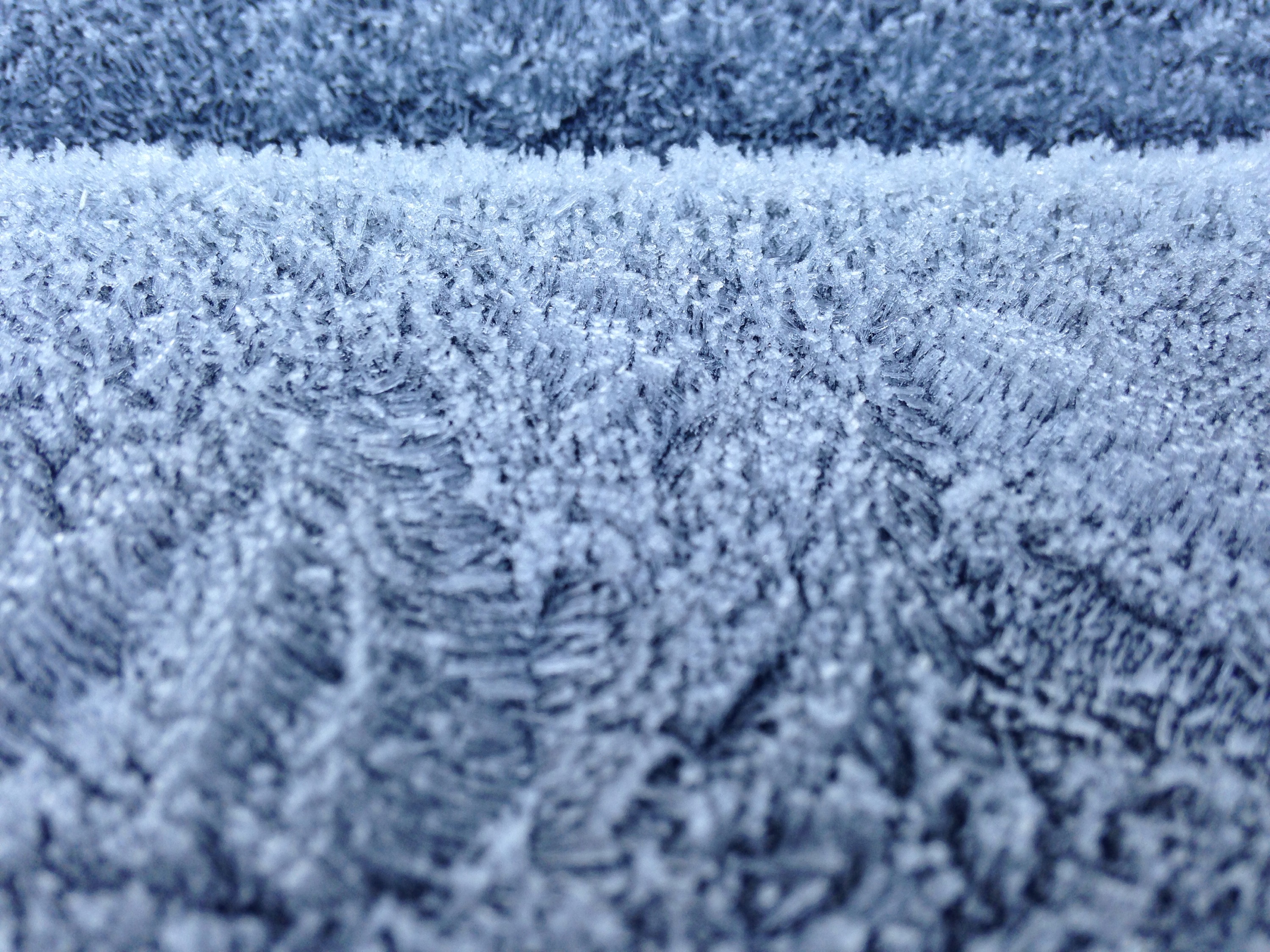 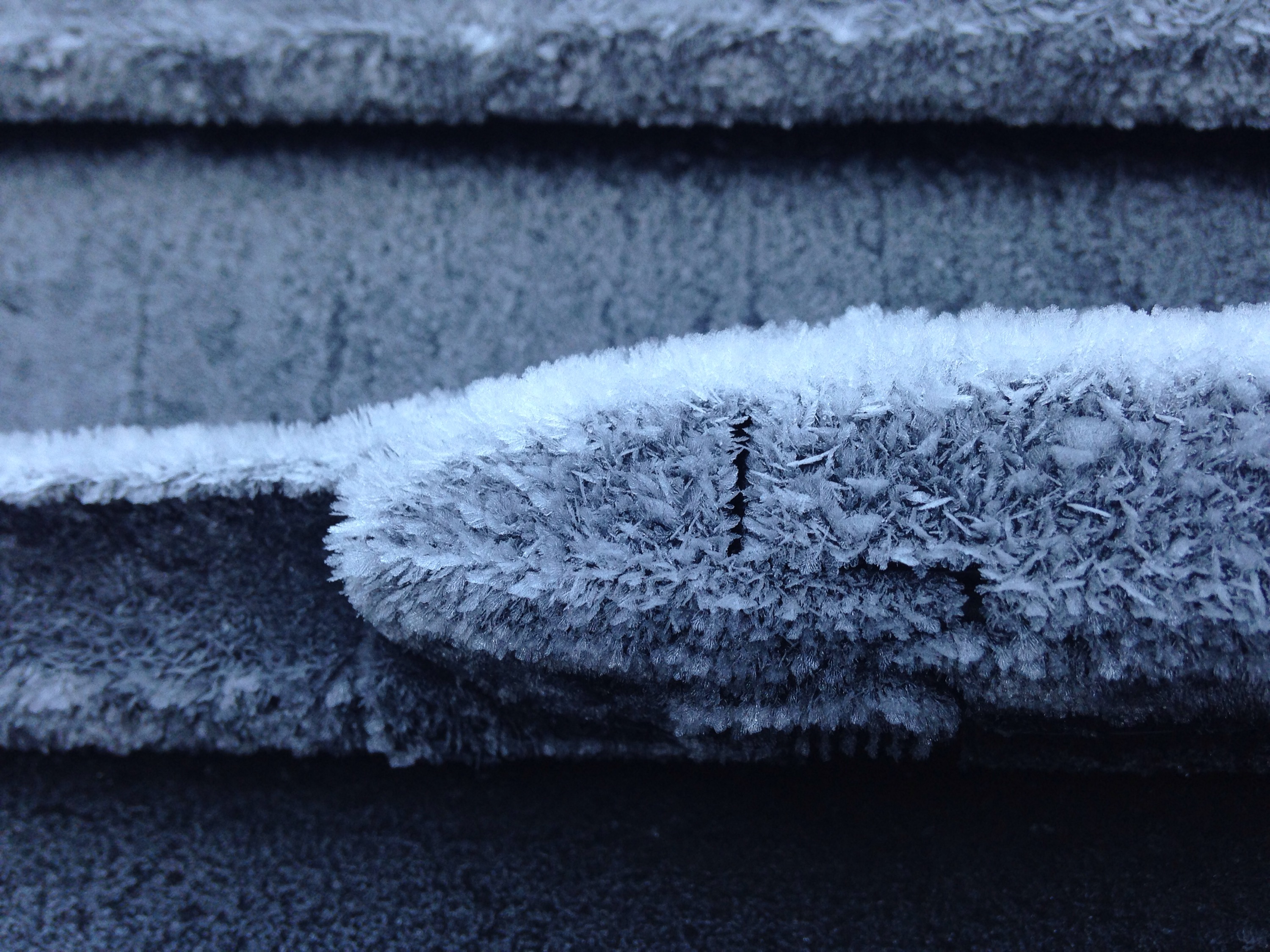 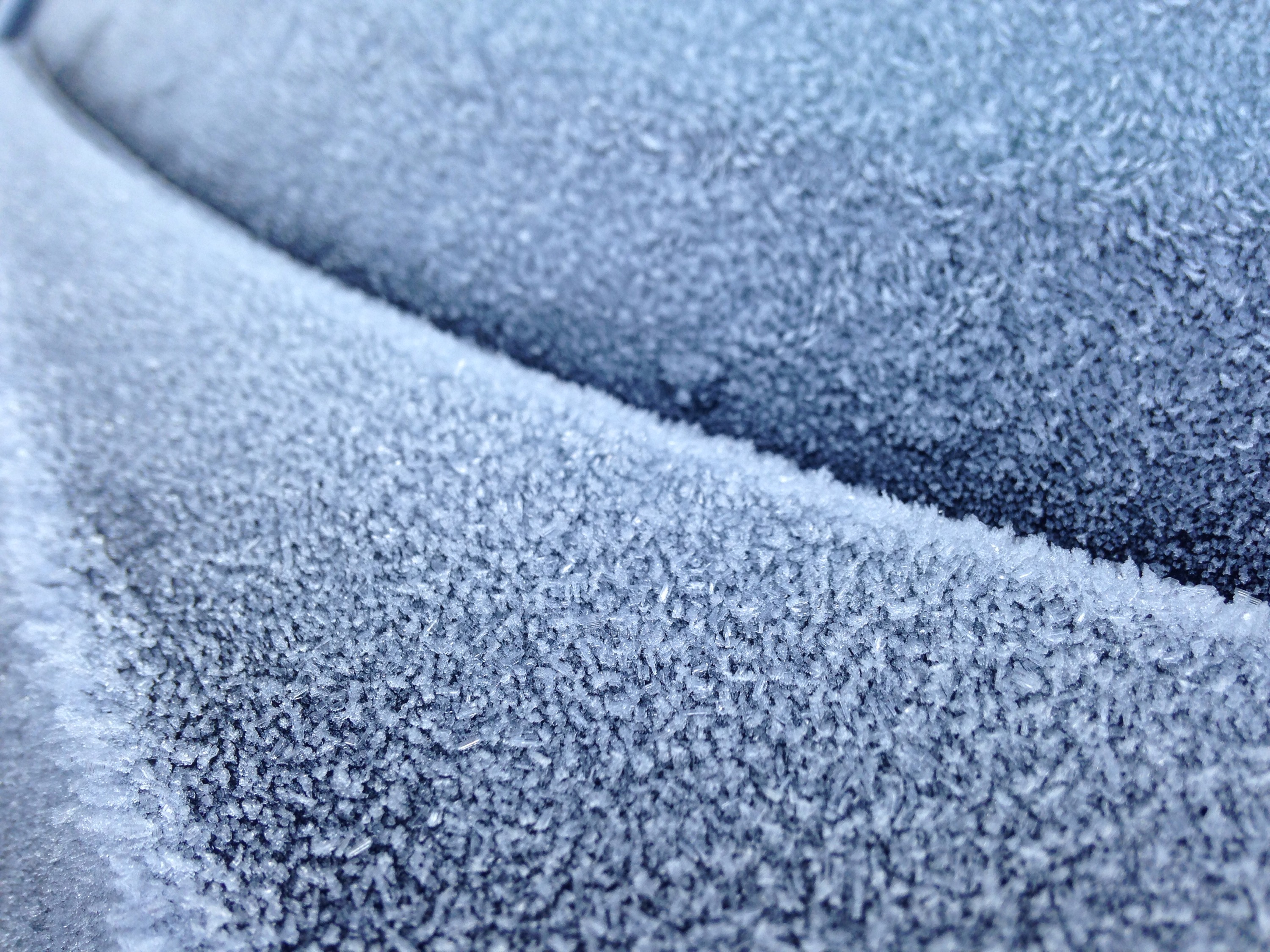 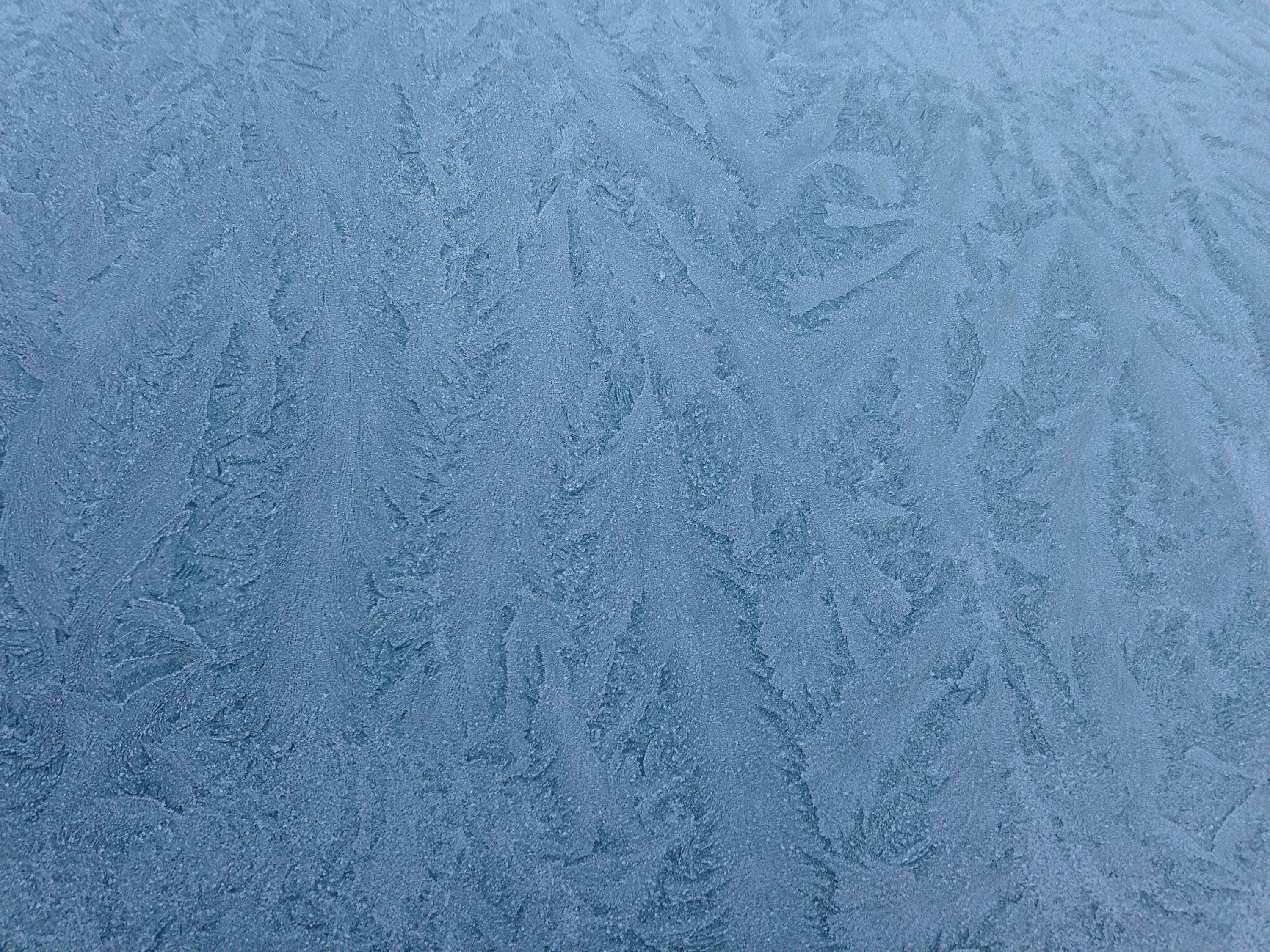 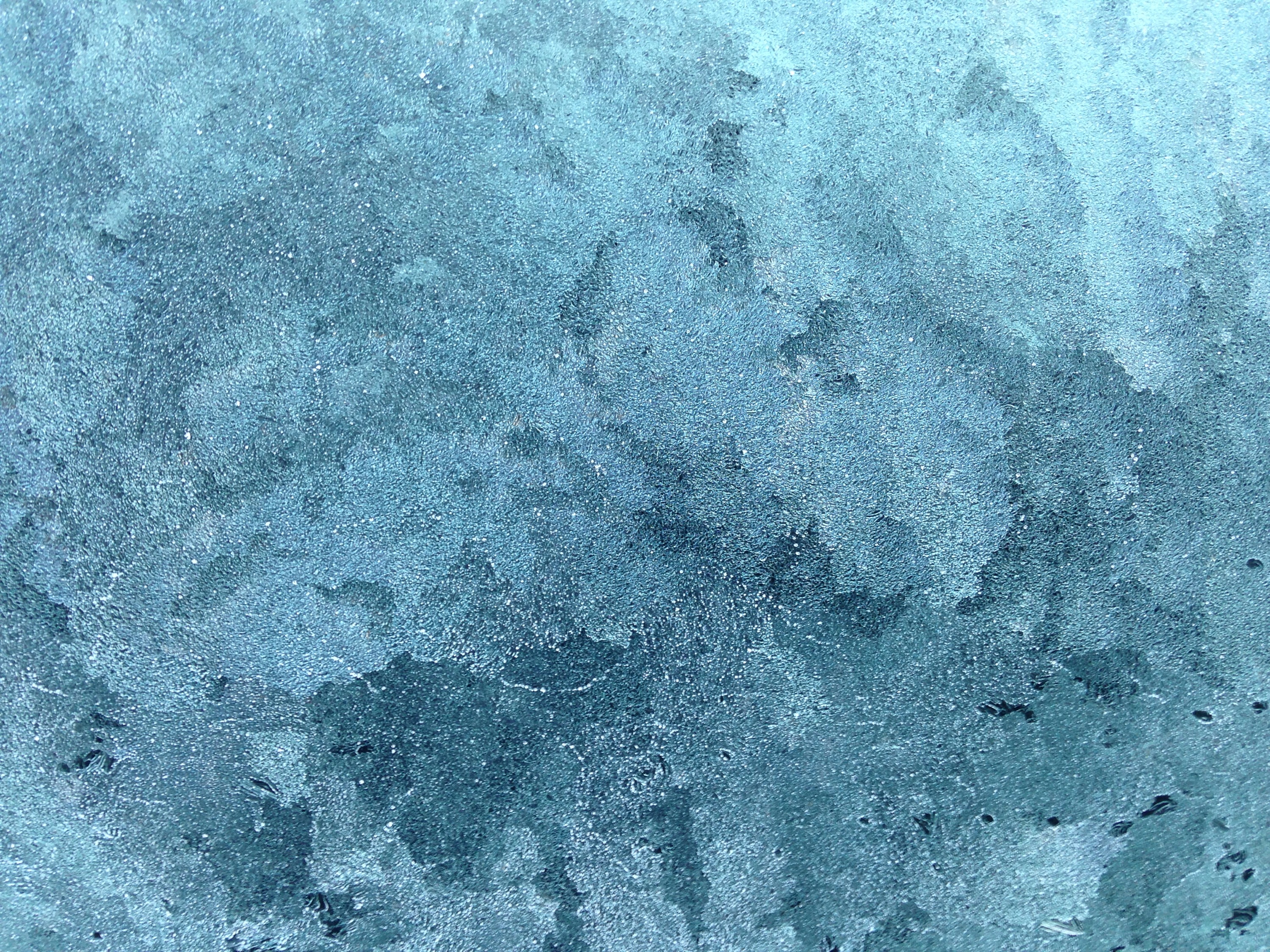 The Science Museum has produced this flythrough video from a 3D laser scan of the Shipping Galleries, which has closed in order to be replaced with a new exhibit.

Having read several favourable reviews I signed up for a Bitcasa account yesterday. The desktop app for OS X looks good and works well. The user-experience is not entirely dissimilar to Dropbox in that you have a special folder which is then synchronised to their cloud storage. However the the Bitcasa drive is a mounted network drive, so doesn't take up space on your hard disk, whereas the Dropbox folder is local.

"Infinite storage" sounded appealing and they're running a $69.99 offer for a year, so I went for it.

However... I'm now finding it incredibly slow to upload files. Speedtest.net tells me the upload bandwidth of my internet connection is 13Mbps, or ~1.88 MB/s. Bitcasa (mirroring a folder through the app) is just about sustaining 190KB/s which means it's using only around 1/10th of my available bandwidth.

Dropbox by comparison on the same machine and connection manages around 750KB/s, which is about 4 times as fast.

I've tried to get some help from them but at the moment it's like talking to a brick wall. 24 hours on they've still failed to respond to two support tickets I raised, nor have they replied to my nudge on Twitter. And there are at least a couple of threads in their community forum filling up with comments from what sound like extremely dissatisfied customers - such as this one.

I hope it's just teething trouble and they sort this out, but the apparent stony silence from the company doesn't bode well to me. As one forum user commented (here):

"The bottom line is it came out of beta too early and we're paying the price now."

Surely the first and most important thing to do is talk to their new paying customers. When people part with their cash they want service!

Last night I received a reply from Bitcasa on Twitter:

@_ade We're currently working on catching up on support tickets. We'll definitely take a look into your tickets.

Also, they've responded to my ticket and have commented (and apologised) in a number of the forum threads, such as this one:

"We definitely are inundated with tickets, and are working very hard to respond to everyone as quickly as we can, in order to best address everyone's help needs."

It sounds as though they've had a huge influx of users and that's taking its toll on both customer support and the system itself. Plus there are seemingly a few bugs in the software that need ironing out. From their explanations, due to their protocol the data transfer rate is affected by the ping time to the server. They're using Amazon Web Services so are currently restricted to US, Japan and Ireland data centres.

Being in the UK I'm getting a ~30ms ping time to eu1.api.bitcasa.com, which is pretty good, and my Bitcasa upload speed seems to have vastly improved overnight without me having changed anything. I'm now getting around 800KB/sec according to their app, which is not too bad. I hope it stays that way.

I'm sure they will get things sorted out but, as ever, customer support is key. If things are going wrong 24 hours without a response can feel like a long time for a paying customer. Even to acknowledge that there's a problem and to say "we're working on it" goes a long way in these situations.

The photography of Michael Wolf 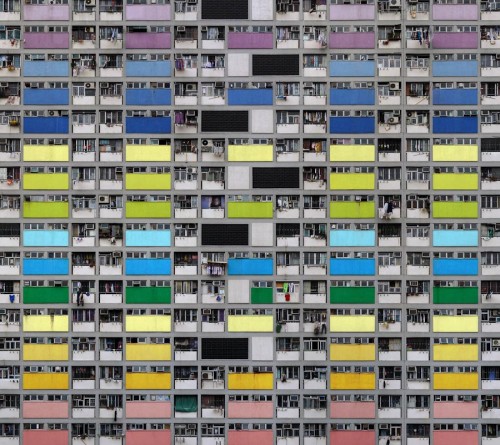 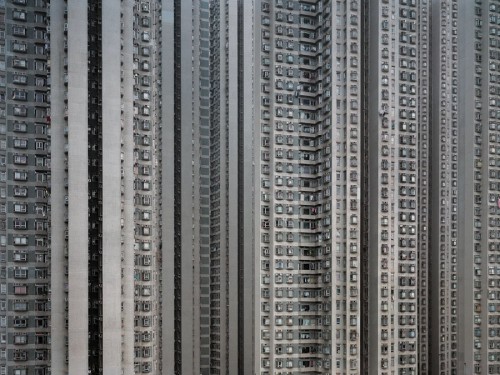 The architectural photography of Michael Wolf is most impressive, particularly his photos of high-rise blocks in Hong Kong.

Someone has posted a good selection of his work here at imgur, though they're better presented on his on website.

You can find up-to-date Wolf exhibition listings, over 270 of his works, and exclusive articles here at Artsy.

Vantage point is key with this style of photography. You need to get to a decent height in order to shoot as square on as possible. When I went to Hong Kong I was similarly fascinated by those beautifully bleak apartment blocks. Unfortunately I didn't have the means or the planning to get above street level:

...except for a few decent-ish attempts from Hong Kong park, Victoria Peak and various other vantage points:

Frustratingly I bought a 200mm lens specifically to shoot architecture with but it rarely gets used.

Thanks to Francois for sharing the link: