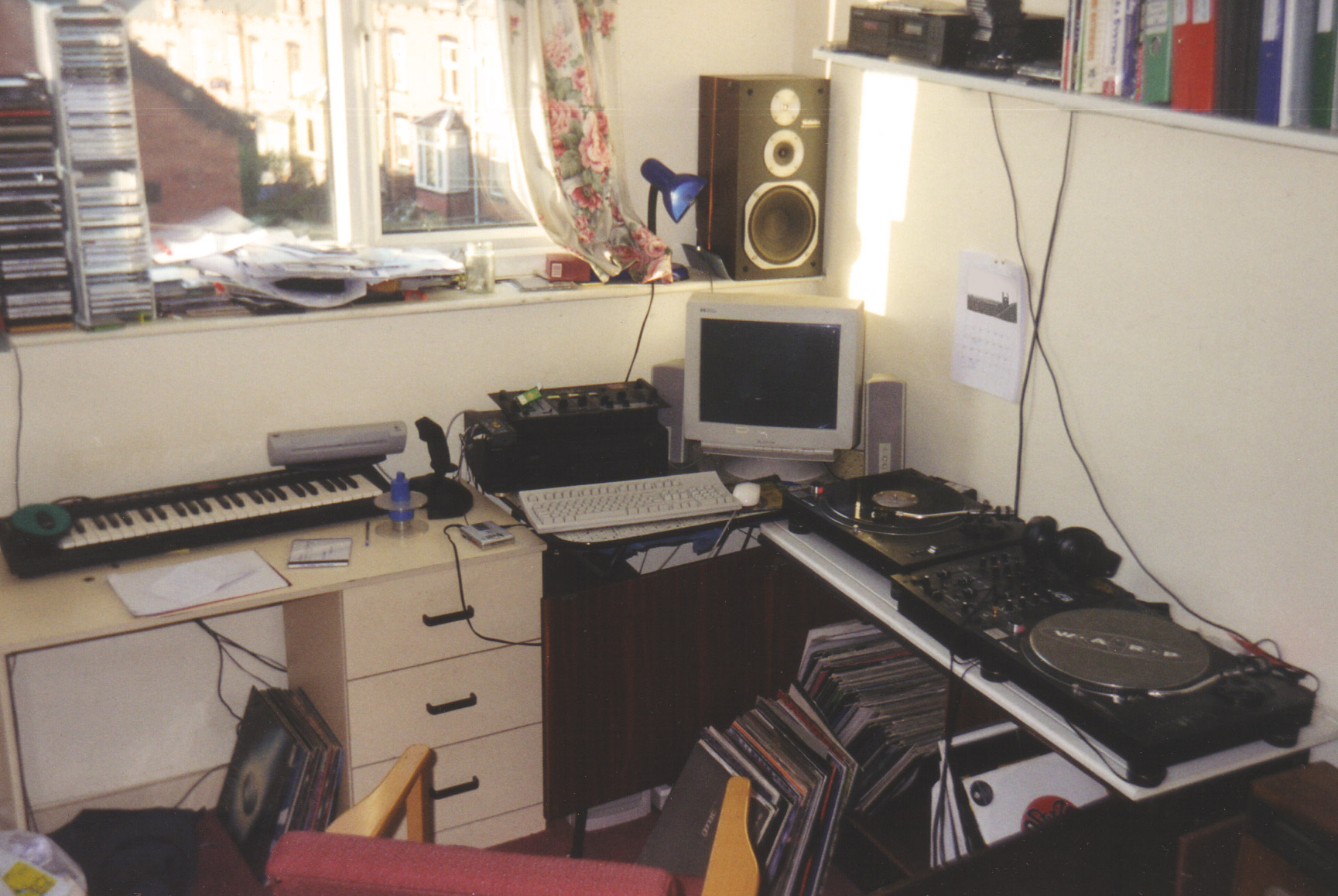 Tonight’s pick from the archive is this vinyl set from late 1998. It was recorded in my student bedroom on the top floor at 24 Royal Park Grove, Leeds, LS6 1HQ. This was the view from my window in the direction of Kirkstall.

I was really into Two Lone Swordsmen at the time (which was current in 98, obviously Sabres of Paradise came before that) and used to listen to a lot of that kind of stuff while most of my contemporaries living in the area were more into the burgeoning acid techno and trance scenes, neither of which were really my cup of tea. Not that I didn’t enjoy some nights out of that ilk; such as Templehead, and various things I’ve forgotten the names of that took place at the West Indian Centre

But anyway, I recored this mix on my trusty decks (when heat death of the universe finally arrives the last intact objects will be Technics 1210s). Rounding off with the luscious Rico’s Helly, followed by Hardly Breathe by Weatherall side project Deanne Day.

It gets cut short because the tape got chewed!

I have 14 mixes here on on Mixcloud. Do have a dig through if you find yourself unable to find any other music on the internet!!!!!