This excellent panoramic photo of the Milky Way was posted to NASA's Astronomy Picture of the Day site earlier. Click / tap to enlarge: 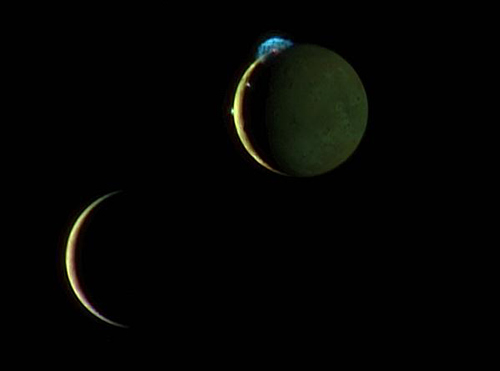 In this inward-looking media-obsessed world – where it's possible to become a celebrity simply by stumbling out of the right West London nightclubs, and where the prerequisites for fame no longer include having contributed some great act, painting, literature, architectural design, scientific discovery or such – it is perhaps unsurprising that few would list among their heroes the likes of Copernicus, Gallileo, Newton and Einstein.

Something I find both understandable in the context of modern society and its practicalities — but simultaneously most bizarre when considered from an objective point of view, is the widespread disinterest in the 99.99 recurring percent of everything that exists out in space. Frankly I can think of very few subjects quite as acutely intriguing.

Fortunately, whilst being in the minority, I'm by no means alone in my 'Nostalgia for Infinity', and recently a colleague pointed me in the direction of two entire astronomy courses that were recorded and put on the web for free by Richard Pogge at Ohio State University. They're both available as podcast feeds you can subscribe to, and there are accompanying web pages — which compensate to a degree for not being able to see the projections from original lectures:

I'm almost at the end of Astronomy 161 which has been accompanying me on my (not quite long enough) daily commute for the past three months. It's a little bit basic in places, aimed at the complete beginner, but Richard imparts a fascinating amount of detail both about the solar system and the history of astronomy, neither of which I was taught at school.

Highly recommended for those who like to escape the babble of human affairs from time to time.

This is a great animation / visualisation based on the Digital Universe Atlas, by the American Museum of Natural History. Full screen HD recommended.