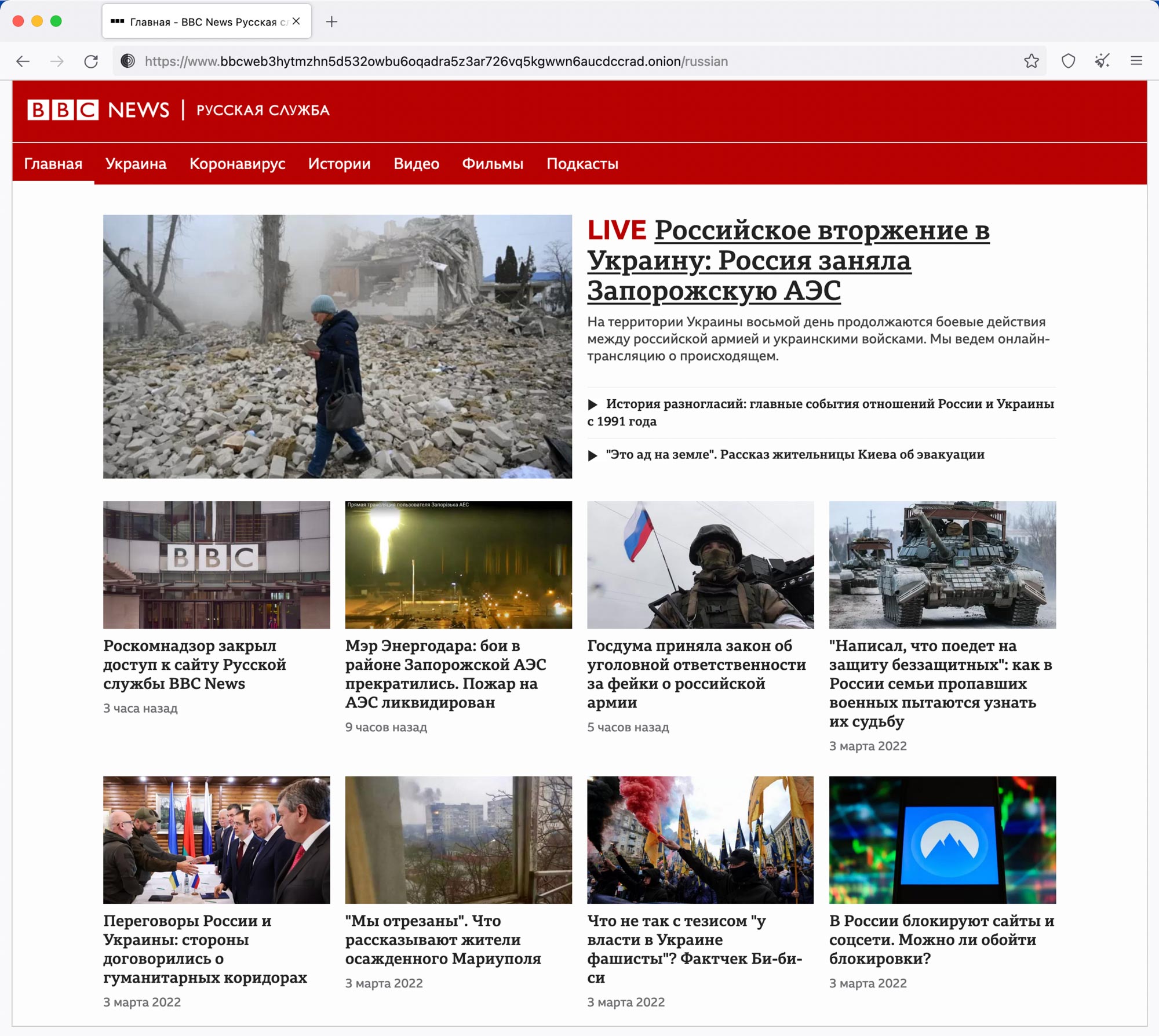 BBC News has just added TOR mirror sites with news in both Ukrainian and Russian.

These type of link require the TOR browser: https://www.torproject.org/download/

On the BBC – opinion

I’ve laughably been told in the past that RT (Russia Today) is more impartial than the BBC.

When the left think you’re too right wing and the right think you’re too left wing then you’re probably in about the right place on the political spectrum. We can argue all day about BBC content across its channels but News is on the money. Ros Akins’s explainer videos are incredibly objective and informative.

But Russia is a country without freedom of speech and an increasingly oppressive regime fighting the information war through real censorship, not the imaginary type that people whinge about in Britain. We can openly criticise the government without fear of arrest.

I have looked at RT intermittently throughout the Ukraine invasion and it’s obviously full of spin and lies.

They are afraid that the truth will threaten the Russian leadership. A leadership that murders dissidents with Polonium and Novichok.

There’s no doubt who’s on the wrong side of history here.

The world should get behind flooding the web with free and open information about what they are really doing so it becomes impossible to keep the truth out. And this must extend beyond channels easily blocked by the Russian government. All credit due to the BBC for making News available on the dark web.