Technology is getting ahead of us 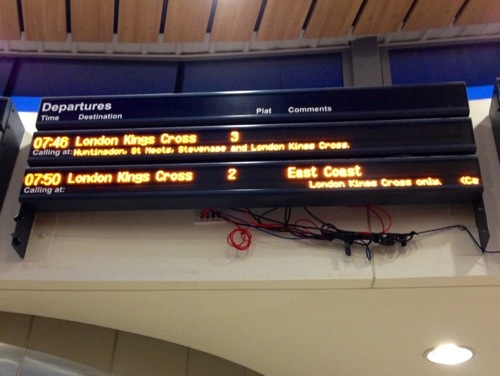 The clock in the station I commute from each morning was for a few weeks displaying the wrong time. I think it was about five minutes fast. And then they stuck a handwritten Out Of Order notice over it, which remained for a further two weeks, until they finally took it away, presumably to have its network interface replaced or its firmware flashed or something along those lines. Three weeks hence it has still not been reinstalled.

I can't help think that with an older clock someone could have simply gone up a ladder and pushed the minute hand back by five minutes and that would have been the end of the matter.

Are we becoming too dependent on high-level technical systems?